PODCAST-SERIES FOR AN AFFECTIVE COMMUNITY

Struma+Iodine engages with the deeper structures of the present as a contribution to the globally distributed efforts of transforming them. We focus on rhythms of a diffuse community that is based on affect, pulses and frequencies. A community yet to come. 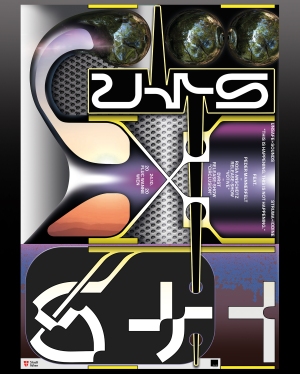 Due to 𝔣𝔬𝔯𝔠𝔢 𝔪𝔞𝔧𝔢𝔲𝔯𝔢 Unsafe+Sounds Festival 2020 had to be postponed from October to spring 2021. This single night is marking the phantom of a festival with release-shows by Rosa Anschütz and DVRST and an adapted set for seated audience by Swedish techno producer Peder Mannerfelt.

Born and based in Berlin, Felicia Chen – a.k.a. Dis Fig – creates fraught, industrial, effervescent music. Her debut album, PURGE, is a furiously radical electro-experimental concoction bursting with ideas. Refreshingly willing to take risks as she skilfully plots her course between cathartic explosions and moments of calm, Dis Fig’s music is a soundtrack to the sombre and disconcerting landscapes of a turbulent future.

We still want to keep up with musicians and djs around, and as we feel that digital streams are irretrievably lacking the social energy of live music events and are not able to compensate for it, we are looking for consolation in words. Insides features voices from Vienna’s electronic music scene, looking to exchange ideas, find mutual inspiration and exit strategies, entering personal realms.

Taipei based artist Meuko Meuko is an experimental music producer and Live performer. Each performance contains improvisation and elements of new works, combining disciplines of improvisation with conceptual ideas of noise, clubbing , strange sounds, field recordings that conjure at times ritualistic performances with sources tracing back to Taiwan’s own spiritual landscape. Between Taoist gods, Buddhist ceremonies, is the myriad of a cityscape with tropical humidity, it’s greenery enveloping the molding concrete city blocks.